The more you comment along the tour, the better your chances of winning!

Breathless Press is an e-book publisher specializing in Romance and Erotic(a) stories.

Our mission statement is simple: To provide the opportunity for readers to connect with romance authors through the purchasing of quality e-books at a low price. 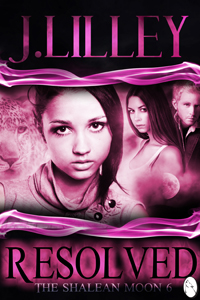 When Shaleans fight Shaleans nothing is simple. With the help of true friends can good overcome evil?

To save Shalea, so much depends on so few people, that nothing is certain. It’s not even clear just which side some of them support, and the Sept is getting weaker.

Brios and his friends must save their world, but time is running out.  To make things worse, the identities of some people might just result in no resolution at all.

Can everything become clear and good triumph over evil before the next Shalean Moon, or is Shalea as they know it over?

“All we can hope is that Marok continues to recover, and that he knows more about what’s going on. I’m not happy or comfortable with anything at the moment.”

Rach still thought there was a lot more to worry about than Marok’s recovery; her dad wasn’t the only one uncomfortable, but she didn’t say so. It wasn’t like her dad to be so negative, and it worried her. Not just that, Aibhlinn worried her as well. It had been during those long scary hours they’d spent together that she’d begun to get to know the other girl, and found she liked her. She suspected her aloofness was in all probability due to the situation she’d found herself in. What she hadn’t found out was what Aibhlinn’s involvement was with the Shalean-turned-Rogue, Struan Scott. In Rach’s opinion that was crucial to help her understand what had taken place and might occur in the future.

“Well, I still wish I knew what was going on,” she said again. Gah, I’m beginning to sound like a stuck record. She was tired but restless, and needed to find a way to solve her problems. She had an idea. “Dad, shall we go for a bike ride? It’s not dark yet, and I’ve got to get some of these jitters out of me. I feel like a volcano about to erupt and it’s not nice. I’d shift if I was with Brios or Leira, but as I’m not, well, could we cycle somewhere?”

“I’ll hazard a guess you’ve an idea where that somewhere would be?” her dad asked her. “The Pardes’?”

Rach laughed. “Actually I hadn’t thought of that, but if we did go there, maybe I could shift and run a bit, just along one of the tracks. You could watch, you know, keep an eye on me.”

She waited and looked at her dad’s face as he thought about her request. In general, his face was very expressive. However, this time, she decided, he was not about to let her see anything he thought.

“And maybe we could come back past Ali’s,” she went on. “And maybe her mum can tell us what’s happening, and then maybe…”

“And then maybe,” her dad said, “you’ll draw breath, and I can say hold on, okay. Why does everything have to start with ‘and’? Okay, let’s do it. We’ve got about an hour I’d guess, before it gets too dark to ride with safety. Or.” He paused. “I could drive you and you can run for longer?”

She liked the sound of that. “Really? You don’t mind?”

Tony shook his head. “It makes sense. I’ll jog while you shift and stretch your leopard. I reckon if anyone sees the car, they’ll think it’d be natural for you to go and…er, water Shala’s flowers for her, or well, something,” he finished. He didn’t sound too convinced. “I guess. While they’re away.”

Rach laughed. “Have you seen Shala and flowers? She tends flowers about as well as she cooks. Badly. Leira says that’s why they have shrubs, and her dad looks after them. No, I’m going to check on the gerbils.”

Now her dad looked bewildered. “She doesn’t have gerbils, does she?”

Rach sighed. “Nah, but hell, what else can I think off of the top of my head? Rabbits, hamsters, or god-knows-what. From now on, if anyone asks, Leira’s got a pet, even though she doesn’t know it. So if we have to, we’ll bluff it.”

He picked up his car keys and phone and followed her out of the house. He locked the door and checked he’d done so. Rach grinned. He would never change. 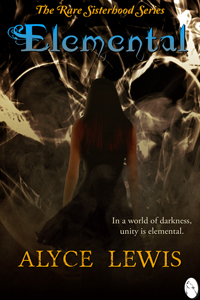 Born of magic and created as a weapon, eighteen-year-old quadruplets Anila, Terra, Aydan, and Yara use their elemental powers to battle evil.

The world of Rare Root is about to be forever plunged into darkness, overtaken by a shadowy force, and the last hope for peace comes in the form of eighteen-year-old quadruplets Anila, Terra, Aydan, and Yara. Born of magic and created as a weapon, the Sprites must use their elemental powers to hunt down and vanquish the evil. When the sisters realize their powers are not yet strong enough, they seek out allies. Aided by an Elf prince and a Fairy queen, they face perilous obstacles, traitorous enemies, and prepare for the most epic battle of their lives.

But there’s no training manual for love, and when Anila starts to fall for the prince, it forces a rift between the sisters. In order to destroy the threat and restore Rare Root, the four Sprites will need to rally together as one.

Because in a world of darkness, unity is elemental.

Mother Fairy ran her hand along the ledge of her cottage’s stone windowsill, tracing the grooves with wrinkled fingers. The smooth stone was cool under her warm, rough skin. It was comforting, yet…it made her tremble. Or maybe it was what was beyond the window.

She opened the azure-colored shutters and a piece of white hair escaped its neat bun and trailed down to her stomach. She tucked it back and slid open the glass of the closed windowpane. A muggy wind rushed over her, and she grimaced. The faint smell of smoke swept over her face and into her nostrils, causing Mother Fairy to wrinkle her nose and cough. Bah, it’s at it again, she grumbled to herself. Foul, cursed blight.

She squinted her tired brown eyes and looked out at the skies. It was only midafternoon, yet the skies were darkening, and a sizeable shadow was cast over the ground. Looming clouds rolled in overhead, and she fixed her stare on the piece of brilliant blue that was fighting against the dark. The blue faltered and strengthened as it sparred with its opponent. She wanted so badly for it to win. She wanted the darkness to go away.

A flash of movement on the ground caught her attention, and she ducked her head to the side, out of view. The Rot hovered in the distance. It had its black tendrils around some unseen prey, lifting its victim into the air until the feet dangled there, limp, like two noodles. The body went still, and the Rot slithered into the woods, dragging the unconscious form behind it.

Made of misty shadows and reeking of death, the Rot was the darkness that plagued Rare Root.

The haze swirled over Mother Fairy’s cottage, as thick as ink. She shivered and looked away from the spot where the Rot had just been hunting. Clutching at the sudden ache in her chest, she rushed to close the window and shutters. She stopped short when screams of agony carried across the wind and into her ears.

Without thinking, the old Fairy brought a hand to her open mouth and held her breath, straining with her declining senses to pick up more sounds. A few seconds later, faint at first, but then louder as they drifted in the breeze, were the pitiful cries of townsfolk begging for mercy. The cries were coming from the direction of Pineglade. If innocent folk were suffering, she could only surmise the Rot was somehow responsible. Mother Fairy snapped the shutters closed and crumpled down onto her reading bench. She clamped her thin hands over her ears to block out the horrible wails and screams of the fairies in the neighboring town. “No,” she whispered, and then started rocking sideways. “Not Pineglade.”

She wanted her mind to go numb, but instead found it racing, and her thoughts drifted to her beloved world…and how it was changing.

Two alignments, as different as day and night, coexisted in Rare Root. They were Light and Dark, or the Light Ones and the Dark Ones. The Light Ones valued honesty, kindness, generosity, respect, and selflessness, while the Dark Ones were selfish, unscrupulous beings driven by hatred and greed.

Multiple realms divided the world of Rare Root, each of them occupied by either Light or Dark. As such, a power struggle had existed since the beginning of time. The Rot materialized, seemingly out of thin air, and started building a Dark army. Now, the balance of power was shifting.

Mother Fairy thought about the gallant and honorable Light leaders. They were doing their best to keep the Rot away, but Mother Fairy understood their abilities had limits. Little by little, Rare Root was growing dim. It wasn’t just the blue in the sky that fought to shine. It was the pure radiance of the Light Ones whose spirits were fettered, too afraid to hope anymore for the terror to end. Unless something drastic occurred, all the goodness that was Rare Root was fast approaching its end.

Salty tears streamed down the Fairy’s cheeks. A strangled sob caught in her throat, and her chest heaved up and down. She stopped rocking and uncovered her ears, making fists with her hands. There was a hard glint in her eyes as she shouted into the silence of her living room, “Not Pineglade! Not anywhere else!”

She raised herself up from the reading bench just as the air around her became warm and shifted into a howling wind. It whipped fast around her tiny frame, and its strength matched the searing heat of rage in her chest. Her withered face, as worn as the great, majestic maple that stood in the middle of her modest home, contorted into an unrecognizable shape in the gusting gale. When Mother Fairy spoke next, it was not in her usual gentle, steady voice, but a near-primal roar.

She held her arms out in the wind and said, “Too long has the Rot threatened our lands and peace of mind. No longer will I let my fellow beings suffer in fear. I make my stand now to ensure this world survives for the pure-hearted creatures that live here. I will leave a gift, a legacy that all the beings of Rare Root, good or evil, will never forget.”

As soon as Mother Fairy finished speaking, the wind vanished. To conjure magic through emotions or thought was an ability few possessed naturally. Most magic users in Rare Root were spell casters, and it was typical that incantations or objects aided their spells. It was unusual for Mother Fairy to lose her temper, but when she did, her emotions careened through her body and a whirlwind sometimes erupted.

Now, the evidence of her rage was gone. She put her hands on her knees and doubled over at the waist, desperate to catch her breath. Yet with each exhalation, her energy faded. Tears coursed down her creased cheeks, and she wiped them away with the back of her hand. Deep down in her core, Mother Fairy knew that it was time.