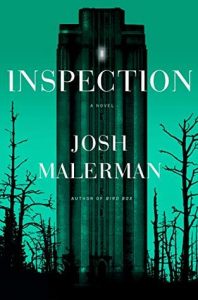 Boys are being trained at one school for geniuses, girls at another. And neither knows the other exists--until now. The innovative author of Bird Box invites you into a tantalizing world of secrets and lies.
J is a student at a school deep in a forest far away from the rest of the world.
J is one of only twenty-six students, who think of their enigmatic school's founder as their father. And his fellow peers are the only family J has ever had. The students are being trained to be prodigies of art, science, and athletics, but their life at the school is all they know--and all they are allowed to know.
But J is beginning to suspect that there is something out there, beyond the pines, that the founder does not want him to see, and he's beginning to ask questions. What is the real purpose of this place? Why can the students never leave? And what secrets is their father hiding from them?
Meanwhile, on the other side of the forest, in a school very much like J's, a girl named K is asking the same questions. J has never seen a girl, and K has never seen a boy. As K and J work to investigate the secrets of their two strange schools, they come to discover something even more mysterious: each other.
In Inspection, the masterful author of Bird Box crafts a sinister and evocative gender equality anthem that will have readers guessing until the final page.

From the author of the highly successful book-to-movie Bird Box, Inspection, too, is deeply disturbing in the best kind of way. I’ve seen the movie, but this was my first, but not last, book by the author.

The writing style, at least in the beginning, was almost whimsical at times, which was fitting as the narrator was a young boy. It created an air of innocence that was very much in juxtaposition with story as seen from the perspective of an adult. It gave it an air of insidiousness that added so much to the depth of the story.

The concept that Malerman has built his story around is unlike anything I’ve ever read before. At first, it seems almost benign, if only looking at the surface of the Alphabet Boys’ lives. But then as the reader learns more, the depth of the horror is truly revealed. I enjoyed that the essential truths were given in tidbits, allowing the reader to really wonder how this world came to be.

Interesting, too, is the way the “horror” aspect is played out through the novel. Easily the first 95% is purely psychological horror. But then, in that last 5%, the traditional horror begins, creating that moment when the reader rears back and questions what just happened. It is a delicious moment that I greatly appreciated.

One thing to note, however, was that the time devoted to the Letter Girls was significantly less than that given to the Alphabet Boys. The first half was the boy’s story, maybe half that for the girls, and the last quarter brought them together. As much as I loved the book, I would have liked a little more of the girls’ story.

The last part of the book got my blood stirring. I saw a rebel in J, and I loved that. He was such an enlightened kid. But when he acted in a way I did not expect, I was horrified. I really didn’t like it. I had the same experience with K. I had a view of her, and when that tipped on edge, it threw me. I honestly didn’t know how to feel about it. But now, having finished the book and ruminated about it, I really enjoy those aspects of the characters. For J, it really underscores the way he’d been raised. To believe, to trust, to accept the man in authority. And for K, it showed the anger and rage these kids had to feel for what had been done to them.

There is so much to love in this book. The world building and character development is outstanding. And the themes are deep and intensely thought-provoking. The concepts of love and loss, of fear and bravery in the face of it, of hope, of oppression, of rebellion, and the strength of the human spirit, even of redemption. It is a strangely beautiful yet disturbing read.

If you like psychological thrillers, one that is both disturbing and thought-provoking, then this is a book I highly recommend.

Josh Malerman is the author of BIRD BOX and the singer/songwriter for the band THE HIGH STRUNG.