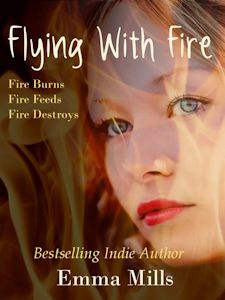 [color-box]Nobody who enters Ravenwood school will ever be the same again.Fifteen year old Brooke has been in care all her life. Now she finally has an adoptive family who don’t want to send her back to The Home; but their solution for her problems is much more dangerous. A secret boarding school for possessed children. A boarding school where any unnatural behaviour will be stamped out. A boarding school with no escape; where witchcraft is punished and vampires are murdered in the sunlight.Brooke is the only one with the power to escape the security wards, yet she must find a way to help them all before it is too late.([/color-box]

I love anything and everything Emma Mills writes and this latest book is NO EXCEPTION!  She creates believable worlds out of the unbelievable.  She creates characters that are rich and varied and always remind you of someone you know in your own life.  The story takes you in twists and turns and you never know where things are going to go!

This book is a loose tie-in to the amazing Witchblood series, tied in through Brittany, Jess’ witchy friend.  Although Brittany is not the main character, it tells of her time (prior to meeting Jess) at Ravenwood, a mysterious boarding school where nothing is as it seems.  This book centers around Brooke, a “troubled” girl who has been sent here and there to live with one foster family after another, eventually finding herself in Ravenwood.  It is here that she comes to realize that the world is not what she thought it was, and neither is she.  She also learns of the capacity for cruelty that exists in the name of righteousness.

The world of Ravenwood is very dark and very disturbing.  There were moments in which the school reminded me of those “scare them straight” schools/camps that exist.  It was terrifying and it makes you think about the level of cruelty that some people are capable of when faced with a fear of the unknown, of someone different from that which one considers to be acceptable.

While you could read this as a standalone, it would really be better with the experience of the Witchblood series.  It is set before the time of the main series, but could be read at any point, in my opinion!