Welcome to the cover reveal for Death Warmed Over by T. Michelle Nelson, the third in the Lily Drake series! 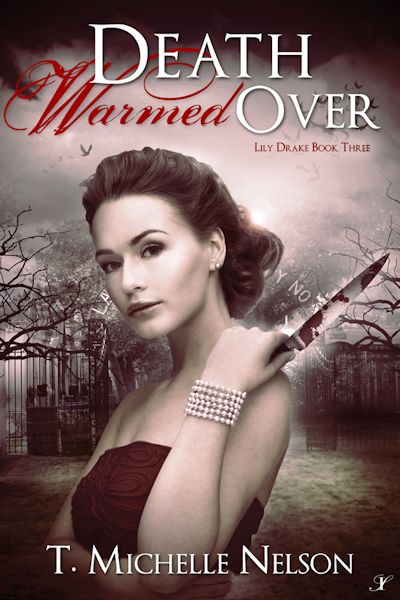 In the conclusion of the Lily Drake series, Lily must choose not only what is best for herself and her son, but for her people. Her sword will be stained with blood through her efforts to preserve the lives of the people she loves, but she won’t be able to save them all.

When a devastating loss crushes her will to live, can Lily go on and be the leader she has to be? What is she willing to sacrifice to save others?

What doesn’t kill you will make you wish it did… 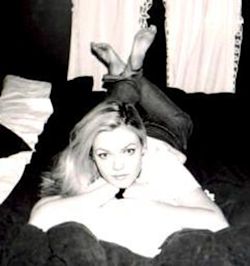 T. Michelle Nelson became enamored with vampires at an early age when she watched George Hamilton in “Love at First Bite.” As she got older, her tastes leaned more toward the dark and morose, but her love of all things vampire never wavered. Little has changed over the years, except now T. makes up her own macabre stories of the undead… mixed with a splash of romance, tough heroines and tons of dark humor.

T. Michelle Nelson is a native of Benton, Kentucky and a graduate of Murray State University. Currently she resides in a small town in Ohio, which is also the setting of her Lily Drake series. The first two books in the series, Life and Death of Lily Drake and ‘Til Death Do Us Part, are currently available at Barnes and Noble, Amazon or any of your other favorite online bookstores. A short story prequel The First Time is also available. Death Warmed Over, the third and final book of the series will release in late June.

When she isn’t writing, you can usually find her spending time with her son, singing out of key, watching B-Horror movies or discussing world problems with her little dog, Toadie.

One response to “Death Warmed Over Cover Reveal”