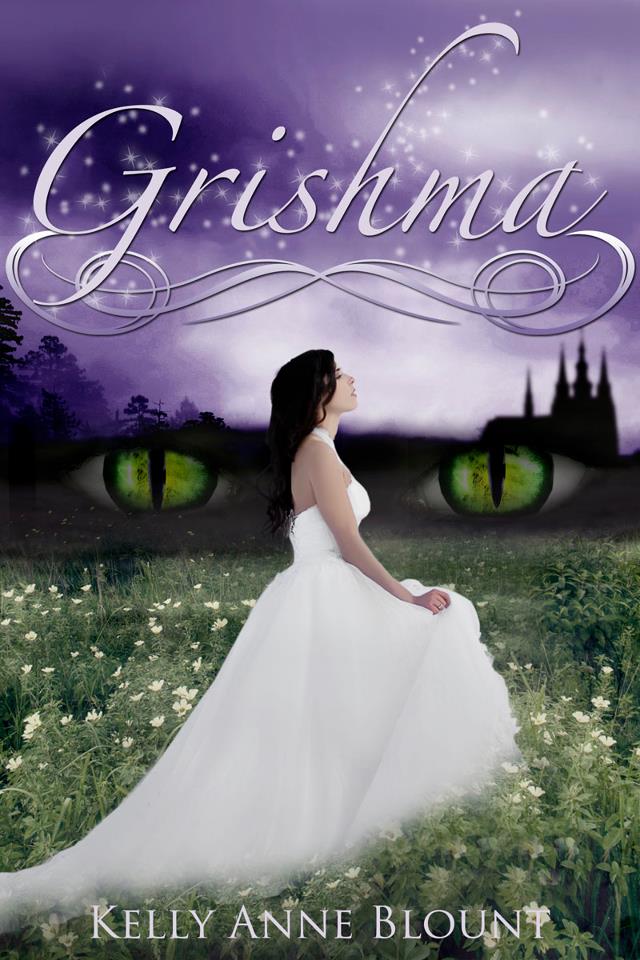 This amazing cover is making me wait impatiently for the upcoming release of Grishma!

Join us today for a live event of fun and games on Facebook here.

In the world of Necoh, everyone fears the Grishma, a hideous murderous beast responsible for ruining or ending the lives of anyone who dare cross her.

As a young boy, Ryder lived with his family, deep in the caves underneath the Kadin Forest, unaware of the horrors of the world. His simple world was turned upside down one horrible night when the Grishma attacked his family, killing his father and kidnapping his mother and younger sister.

From that night on, Ryder devoted his life to killing the Grishma. He tracked the monster from Necoh, to our world, and back again. Unfortunately, during his quest, he accidentally transported Brooklyn, a high school junior into his tumultuous world, where she is mistakenly identified as Princess Sophie, the missing princess of Sumner.

Days after Princess Sophie’s return, the Grishma plots and manipulates the King into drugging and marrying off his only daughter to Prince Algid of Dratun. Desperate to save Brooklyn, who now believes she is the long lost princess, his mother, and his little sister, Ryder embarks on the deadliest part of his quest.

Will he save Brooklyn? Will she ever regain her memory? What will become of his mother and sister?

Through epic adventure, loss, and love, GRISHMA depicts the strength of the human spirit and the tight bonds formed by the unique creatures of Necoh.

Coming soon so add it to your Goodreads shelf here!

Threatening dark clouds rolled in through the thick, muggy air. Ryder’s nostrils flared. A pungent smell permeated the area around him. His heart thumped faster in his chest and the hair on the back of his neck stood straight. He knew he was getting closer to his target.

Come out, come out wherever you are, he thought to himself with a sarcastic grin. He had been tracking his target for the past two years, and every time he got close to the foul beast it escaped vanishing into thin air.