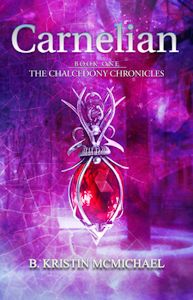 Everyone has a past, but for most it isn’t as long ago as Seth Sangre. His past is literally thousands of years ago. Seth’s life led him to the present seeking something that might help him save his country from destruction. He has been in the present for over three years now and just found exactly what he has been looking for.

Mari had dreams that college will be a fresh start, one where she would start over and not fall for the good looking player like high school. Unfortunately for her, that’s exactly what ends up falling into her lap on the first day she moves into the dorms. Now she has to hold to her promise to herself and not fall for the handsome Seth. But he doesn’t plan to make it easy for her. Seth has already marked her as his next conquest. As the semester progresses, Mari learns that Seth might just have a life of his own that’s actually from the past. Suddenly Mari finds her future along with her past put into question. She’s connected to Seth far more than she ever wanted to be and maybe the player isn’t who she thought he was. If Mari can trust her heart enough to follow him, Seth will lead Mari on an adventure of a lifetime and reveal family secrets she never knew existed.

Carnelian is the first in the new Chalcedony Chronicles, a new adult series that promises a bit of a sci-fi flavor in the form of time travel.  I have mixed opinions about this book, mostly about the level of emphasis paid to different aspects of the plot.

Mari is a college freshman, hours away from home and seeking some level of independence from her rather ordered life and overprotective family.  It is interesting that she almost comes off as socially awkward when she first arrives at school, a little over dramatic when it comes to friends and relationships.  The reality is that she is an attractive girl that isn’t socially awkward, but gun shy when it comes to guys, although she frequently came across as a bit arrogant in her early interactions with Seth.  The characters, all of them, are interesting and varied, all characters that were easy to relate to or to understand.

On her first day, she meets three brothers and it quickly becomes clear that they have secrets.  Seemingly against her will, she falls for one of the three guys and the love fest snowballs quickly.  For someone who argued against relationships as much as Mari did, she fell into it pretty easily, but I can live with that.

Most of the book felt like a contemporary, new adult romance, with little to do with the sci-fi/time travel aspect.  This is where the questions of emphasis come in.  There was a lot of attention paid to a collegiate competition that really had little to do with the story and didn’t really move it forward in any way.  On the flip side, the main thrust behind the brothers and the time travel was seemingly a big part of the main story line, yet it almost seemed as if it were brushed aside for less integral points. There were things that the main characters were supposed to be doing in order to save humanity, but there was far more attention paid to the romantic aspect.  The mythology behind the time travel had massive potential, mythology blended with ancient history in an interesting way.

Yes, I had issues, but I still recommend this book.  The writing style is good and the story has great bones.  I have already purchased (and read) the next book in the series!

about B. Kristin McMichael

Years ago while I was all alone on Saturday mornings, I decided to start writing again. I began by seeing if I could write a complete novel. So I sat down for a couple hours each Saturday of the month of April. I had written some short stories/novellas when I was in junior high and high school, but never a full length novel. After 150,000+ words in one month, I had a complete novel. It made me realize that maybe I could do the writing thing after all.

Five years, two kids, three cats, and a PhD later, I am still writing and have three completed manuscripts and twice as many started (a couple near finished). I try my best to find time each week to write, but now I find more and more that I need to spend time editing. To improve my writing I am back to reading lots and getting ideas and better understanding how to craft a story people will enjoy.

When I am not writing, I am normally working at my job as a scientist or playing with my two wonderful children. If I get any amount of free time I like to bake, garden, and sew (yes, I know- such a mom life, but I have liked to do those before I had children) I continue to enjoy writing and love the motivation my husband gives me to try to make it in the writing world. I may need a harder shell, but with his support, I just might be able to do this. 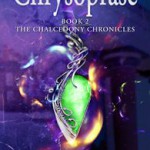 « The Purest of the Breed
Chrysoprase »