While most of the real action happened in the second half of the story, the first half set the story and built the mystery and suspense.  At first, I thought that it was going to have a bit of the typical YA teen drama of two best friends falling for the same hot guy, and it did, but it certainly didn’t end the way I thought it would and THAT was refreshing!  But the book is so much more than that.  The suspense was built beautifully, with hints dropped throughout the story that led you in all different directions.   There was a little bit of everything in this book:  suspense, intrigue, love, loss, fantasy, friendship, struggle.  There were lots of twists and turns as the story unfolded and secrets were revealed.  When it was all brought together in the end, I was not expecting it to turn out the way it did.  I love being surprised and I most definately was! I highly recommend picking this book up, and I can’t wait for the next book! 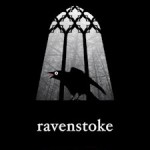