264 B.C. For Rome, the road to empire begins at sea. But it is Carthage who rules the waves, and her generals in Sicily have already warned that Romans will not be allowed "to even wash their hands" in the water.

With no fleet of its own, Rome is nothing more than a regional upstart with delusions of grandeur. But with the domination of the Mediterranean world on her mind, Rome will do more than wash her hands. For when Rome and Carthage decide for war, all the ancient world will be washed in blood.

Dramatizing Rome's rise from obscurity to world power, The War God's Men follows the fortunes of common soldiers, generals and politicians alike. From the carnage of the battlefields of Sicily to the blood-soaked decks of great warships at sea to the gleaming halls of power in both Carthage and Rome, The War God's Men is an epic tale of an ancient world engulfed in flames.

Here you'll meet unforgettable characters: Hannibal Gisgo, the beleaguered Carthaginian general, more at war with the powers in Carthage than the armies of Rome; Boodes, the aging politician who wants just one last shot at military glory; Gelon, the flamboyant Syracusan cavalry commander with a burning hatred for all things Rome; Archimedes, the famous mathematician who invents a secret weapon that will change the course of history; and Juba, the Numidian cavalryman whose thirst for vengeance propels him on an odyssey that takes him from bitter betrayal and alienation to the edge of madness itself.

The War God’s Men is a dramatized account of the events surrounding the First Punic War between ancient Rome and Carthage.  As a long-time Latin student fascinated with Roman history, the concept of this book truly appealed to me.  Both historical and fictional characters and events were blended within the story with some slight deviations from generally accepted historical timelines and events.   But, considering that ancient history is often in conflict, these changes were very slight and generally served to fill in missing time or events in the stories being told.

The book was told from several different points of views, something I really enjoyed as it told the story from all sides as opposed to the usual narrative from only one side.  The author clearly knows his history and it showed in the details of the campaigns, the characters, the events, the logistics, and the politics of the time.  There were times were some of the battles depicted felt more educational in nature than entertaining, but it wasn’t overwhelmingly so.

This is definitely a book that would be enjoyed by anyone who is into ancient history.

David Ross Erickson is the Charles S. Roberts Award-winning designer of such popular historical computer war games as “Horse & Musket”, “Dragoon” and “Combat Command”. He was also the publisher and editor of the influential periodical “Wargamers Monthly”. His passion for military history is evident in both of his acclaimed novels, “The War God’s Men”–a faithful dramatization of the opening years of the First Punic War–and “The Blood Gate”–an action-packed fantasy inspired by the era of Alexander’s Successors. 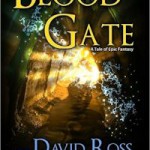 « The Blood Gate
One Hundred Candles »