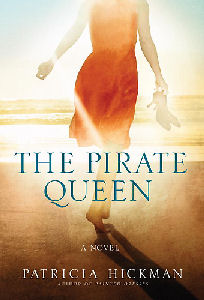 Treasure is found in the most unlikely places.

The envy of all her friends, wife and mother Saphora Warren is the model of southern gentility and accomplishment. She lives in a beautiful Lake Norman home, and has raised three capable adult children. Her husband is a successful plastic surgeon--and a philanderer. It is for that reason that, after hosting a garden party for Southern Living magazine, Saphora packs her bags to escape the trappings of the picturesque-but-vacant life.

Saphora’s departure is interrupted by her husband Bender’s early arrival home, and his words that change her life forever: I’m dying.

Against her desires, Saphora agrees to take care of Bender as he fights his illness. They relocate, at his insistance, to their coastal home in Oriental—the same house she had chosen for her private getaway. When her idyllic retreat is overrun by her grown children, grandchildren, townspeople, relatives, and a precocious neighbor child, Saphora’s escape to paradise is anything but the life she had imagined. As she gropes for evidence of God's presence amid the turmoil, can she discover that the richest treasures come in surprising packages?From the Trade Paperback edition.

Saphora Warren’s life looks idyllic to the rest of the world.  She is married to a handsome, well-renowned plastic surgeon, mother to three children.  She has two beautiful homes and a life full of luxury.  But things aren’t always what they seem.  Her husband is a philanderer and her children have grown, leaving Saphora alone and feeling empty.  When Southern Living comes to her home for their magazine, it is to be Saphora’s last day living her life for everyone else.  But when her husband Bender comes home early, her plans change.

It wasn’t until after I requested this novel that I realized it was Christian fiction, a genre I don’t normally read or enjoy.  But the premise of the book still intrigued me so I read it with an open mind.  As the story began and Saphora’s personna developed, it was obvious that she was intended to be the sympathetic character as opposed to Bender, the womanizing, controlling husband.  But her seeming inability to do for herself and her dependence on hired help to do for her completely turned me off of her.  But the book was intriguing and I was still engrossed with the story.  Very soon into the book, the first plot twist is introduced and I felt like I was supposed to now find Bender a sympathetic character and, on some level, I did.  But his controlling, superior ways still annoyed me.  As the other characters were brought into the story, a second storyline emerged about a little boy named Tobias that was as integral to the story as Bender’s story.  That storyline was emotional in so many ways.  It was raw in both its reality and in the emotions that it invoked.  It was full of love and sweetness, even some bittersweetness.  As the story went on, and more was learned and understood about Saphora and Bender, I warmed to them and felt like I finally understood them as people. I didn’t expect to enjoy it nearly as much as I did, as it isn’t my usual reading taste.  Yes, there was definately a Christian tone to it, but it complimented the story without overpowering it.

I decided a long time ago that if I was going to go to the trouble of writing, I wanted my stories to reach readers in a unique way. I wanted the reader to feel as if she were opening a very personal portal to a place she could live within and explore from the time she opened the novel until she closed it. I hope at some point the reader gasps, laughs, shudders, yells, cries, and then grins with great glee. I wanted the characters to come so alive the reader thought about them for days. And so I began on my journey to try and accomplish those things for the reader. I write about everyday people who are thrown into extraordinary circumstances and learn volumes about life along the journey. My characters have all started out one way only to have life turn so upside down it could never go back the way it started. Each is eternally flawed and desperate for grace. Many cannot fathom a grace so extravagant as the kind extended from God to humans. And because that is true for me, I believe it is true for the reader too. Because life is a pilgrimage, each of my novels invite the reader to join the pilgrimage within the story. My door is always open through the pages of my stories. ~ Patricia Hickman
Patricia Hickman has been writing award-winning, best selling fiction for over twenty years. Many of her novels are set in small Southern towns–SMALL TOWNS-BIG STORIES! She earned her MFA in Creative Writing from Queens University of Charlotte. Her novels are compared to the fiction of writers like Sue Monk Kidd (The Secret Life of Bees) and Kathryn Stockett (The Help). She loves traveling from the mountains to the ocean where she gathers inspiration for each of her novels.

« A Very Gothic Christmas
Holiday with a Vampire »