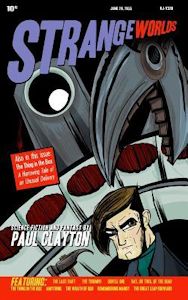 [cover-box]In the future, the love of a young man’s life is dying. He would do almost anything to keep her alive…except that! In Dog Man, it turns out that Oscar the tomcat was just misunderstood — with deadly consequences… A love sick young man attempts to tap the power of an ancient religion to secure the affections of a girl on their class trip to Christland… The dead come briefly back to life every year when the astral dimensions align in Day, or Two, of The Dead. A cynical young ‘player’, adrift in the modern, amoral age meets God on a mountain top and his life is changed forever — but not in the way he’d ever imagined.

WARNING:  Some of these stories contain complicated, thought-provoking moral situations and other grownup content that may not be suitable for YA (young adult) readers, JA (juvenile adult) readers, and MA (mushy adult) and PA (pseudo adult) readers. These stories do not contain any gratuitous violence or titillating sexual content. The writer assumes no responsibility for any anxiety or stress the reader may suffer as a result of consuming these stories.[/cover-box]

This collection of short stories was an extremely interesting read.  In the warning above, the author states that these stories present thought-provoking moral situations and this was an accurate statement.  There is a very definite school of thought behind these stories, and I am fairly certain that my personal beliefs and views are probably not the demographic for which this anthology was intended.  However, this didn’t in any way impede me from the deep thought and intellectual consideration that these stories inspire.  It is safe to say that perhaps I took different messages from some of the stories than that which may have been intended, but that is the beauty of it… the ability to take something  from them.

The Thing in the Box was not a happy story, but one filled with issues that challenge you to really think about life and priorities.  There are themes of race and eugenics/selective breeding presented in a very stark and disturbing way.  This was a story that has stuck with me, long after reading it.  Remembering Mandy, too, was a story that makes you think about the value of technology and priorities in life.  Just how much technology is too much?  What is important to you, to important to sell out?  I think my favorite story was Anything, a story that truly challenges you to think about human life, the value of it, and how far you would go to preserve it.  This one was disturbing to me on so many levels, but one that caused me to really examine some things.  Gentle One was another story that makes you look at humanity and the  inherent prejudices that come along with it.  The prejudice in this one is very extreme, but it makes a valid point about how the same issue can be seen so very differently.  The final story in the anthology, 2038:  San Francisco Sojourn; The Wrath of God, was disturbing in a different way.  This presents a dystopian future with deep religious tones, very hell and brimstone.  The world created is one that I hope never comes to pass.

The stories in this anthology make the reader think.  They challenge beliefs and values and take you places that may disturb you.  They all reflect a future that is plausible in reality, which truly deepens the “creepy” factor of the issues presented.  In that way, these stories carry a bit of a cautionary warning.  There are moral messages in them, many of which are definite statements on the presence or loss of faith.  Again, because of my own personal values and beliefs, it is highly likely that I took a different perspective on many of these stories.

A deeply intense read that will really make you think! 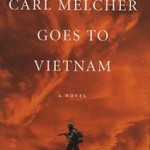