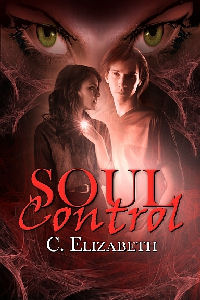 “Lead us not into temptation, deliver us from evil.”

Words of truth for seventeen-year-old Saydi Gardiner upon discovering her ancestry. But if she has doubts, further confirmation is forthcoming and it comes in the form of a wickedly gorgeous Nathanael Braxton, when he steals her heart and cuddles into her soul – the last place the boy should be.

Nineteen-year-old Nathanael’s unrelenting good looks aren’t the only thing that make him dangerous – and he knows it! However, his caring human self struggles with a loyalty – a loyalty that binds him to the hunt for the soul that will give his family the power they seek. There’s only one problem: When he finds her, Nathanael falls in love with his prey – Saydi.

I live in St. Albert, Alberta, Canada with my family and work full-time as a paralegal. During my short writing career I’ve learned a lot about myself, sometimes to the point that I wonder how the heck I got this far in life and know so little about myself.

Have you ever had something happen to you that makes you shake your head in awe, wondering where it came from? Well that’s what happened to me with Absolute Obsession. For the majority of my life I had dabbled in many things, such as drawing, photography, sewing, only to find that after a while, I would lose interest, but writing was a different story — it found me and continues to be an addiction, as well as a most wonderful, incredible passion.

My characters are the storytellers, I simply narrate it for you, the reader. The goal is always to take you on an emotional journey where you are present in every room, feeling every emotion, being thrown in the throngs of the argument, witnessing the tenderness, and the like. I want you to laugh with me, cry with me, get mad with me, I want you to feel every emotion under the sun while reading my novels, because if you do, then rest assured, I’m right there with you.