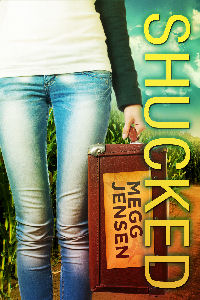 Fifteen-year-old Tabitha has had the kind of life that would impress even the greatest adventurers. She's escaped a croc attack in the Amazon, walked the length of the Great Wall of China, and earned a black belt in taekwondo in Korea. She owes her worldly experience to her mother's career in archaeology, but when her mother takes on a dangerous new assignment, Tabitha is devastated to learn she can't tag along.

Instead, she's forced to live on a midwestern farm with her grandparents where she'll have to attend a full year of public school. It's Tabitha's greatest nightmare, because despite all her adventures, she has no practical experience with the one thing that frightens her the most - other teenagers.

Her math teacher is her mom's old high school boyfriend, she can't tell the friendly girls from the mean ones, and she develops a major crush on a boy she knows she can't trust. And just when she thinks she'll never get the hang of this normal teenager thing, an attack brings the danger of her previous life right up to her midwestern porch. Who could have ever guessed getting totally shucked would bring her face-to-face with her most exciting adventure yet?

Much like everything, Megg Jensen writes, I loved Shucked.  This is the first young adult contemporary fiction novel from the author of the amazing fantasy saga series, Song of Eloh.  Very different from her previous work, Shucked is just as wonderful.  Tabitha is a fantastic main character, typical and extraordinary all at once.  She has all of the teenage hormones, insecurities, and angst that is true to the age.  But she has lived all over the world, has ever been to school, and has lived a life that most would believe to be unreal.

There is humor and action and adventure right alongside the mystery and the intrigue, with all kinds of twists and turns throughout.  All of the teenage angst is treated with humor as Tabitha navigates the hell of teenage life in public school, with lots of funny moments, keeping it from getting overly serious.  The action and adventure was my favorite, however.  I love some good intrigue and this kind was not what I would have expected in a YA novel.  But no matter how serious the danger and mystery… there were ninjas.  I have to love any YA book in which ninjas appear and it isn’t silly!