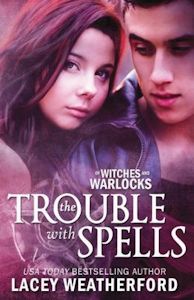 I can’t wait to post my reviews so I can start the next book, The Demon Kiss!