After years of self-imposed exile, Christy McCauley returns to West Virginia only to discover that her idyllic birthplace has become the hunting grounds for a savage beast stalking the hollows of rural Augusta County beneath the light of the full moon. Authorities are baffled as the unknown creature grows ever bolder and the slaughter more horrific. When Christy finds herself caught in the path of the beast’s rampage, she is faced with a terrifying choice: flee her home to save her own life or stand her ground, and with the help of her friends, hunt down the predator and destroy it before it kills again.

Set in rural West Virginia, Monster Story is definitely what the title tells you, a true monster story.  The action starts from almost the very beginning and doesn’t let up.  Fairly early on, the reader knows what, if not who, the monster is, but that realization is almost secondary because, at heart, the monster is what the title says, a monster.  Plain and simple.  But without giving that plot point away, the monster is created to be something very different than those in most fiction, which was a refreshing take on it.  The emphasis was definately on the monstrous and it made the story that much more thrilling.  The setting of the hollows, hills and woods of West Virginia were described so richly and added a great deal to the creepy, spooky, and scary tone of the story.  It also helped build the suspense to the point that every little noise made me jump as I read this!  This is definately NOT a book for the faint of heart, because there is a fair amount of blood and gore, an integral part of a great horror novel.

But what really made this book were the characters.  The interaction between Christy and her best friend Graeme was lively, and at times very humorous.  That unexpected lighthearted humor helped keep the book from being overly dark at times.  Tess and David had moments in the book that were loving and tender and that added a nice note of hope to the story.  I also loved the unusual characters of Belle and Jaba, unusual in that they are a dog and cat respectively.  But, animal or not, they each played their role both in the dark parts of the story and in providing some humor and lightness. For me the most powerful scene was the final scene.  I found myself almost in tears as I turned the pages waiting for the conclusion.  I can’t say very much more without spoilers, so I will say no more other than that it was a fantastic ending to a wonderful story! 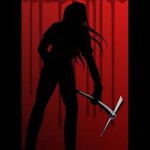 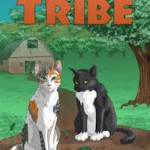