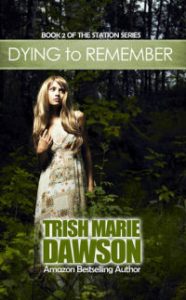 Piper has new challenges to overcome, new names to learn and is faced with a new Station occupation. Did she make the right choice - choosing to stay at the Station and become a Volunteer? Does she really want answers to the questions that never leave her mind? How did the Station come to be? What lies beyond? Who is Andurush and what, exactly, does he want with Piper?

She must ask herself once again if she has what it takes…but this time it isn't about saving lives, it is about discovering what lies beyond death.Would you want to know?

Once again, I was hooked from the beginning.  Dying to Remember is the second book in The Station series and equally as amazing as the first.  This series is exceptional, emotional and thought-provoking and beautiful.

The entire premise behind this series is unique, especially in YA/NA literature.  It is also unlike anything I have ever read.  The Station is exactly what it is called… a way station for those who have committed suicide.  It is neither Heaven nor Hell, nor even Purgatory in the traditional sense.  Instead, it is a place to make choices:  to move on immediately and live in eternity with the pain and sorrow that led you to suicide or to become the temporary subconscious of others still living but contemplating suicide.

Not only do we see the world through Piper’s eyes, but through the eyes of those she is assigned to help.  This opens up the range of emotions from just one character to everyone whose mind Piper temporarily inhabits.  I think part of what makes these books so special is that the characters are inherently damaged.  They aren’t perfect; they don’t make perfect choices.  They are where they are because of horrible situations and choices, and they still strive to change.  There is a great deal of heartache and bittersweet emotions, but there is also hope.

There were some mighty twists and turns with this book, right from the very beginning.  I didn’t see them coming and some of them were quite the shock.  Piper’s assignment in this one nearly killed me, so emotionally sad and horrific.  But, like the first book, this was a beautiful story.

Things to love about Dying to Remember…

This book, like Dying to Forget, is moving and beautiful, even with the heart wrenching moments.  A must read, but not a light one. 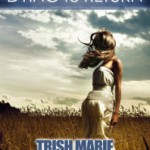 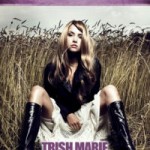 « Dying to Forget
Dying to Return »