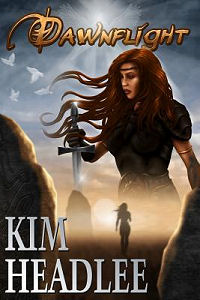 Gyanhumara “Gyan” nic Hymar is a Caledonian chieftainess by birth, a warrior and leader of warriors by training, and she is betrothed to Urien map Dumarec, a son of her clan’s deadliest enemy, by right of Arthur the Pendragon’s conquest of her people. For the sake of peace, Gyan is willing to sacrifice everything...perhaps even her very life, if her foreboding about Urien proves true.

Arthur map Uther is the bastard son of two worlds, Roman by his father and Brytoni by his mother. Denied hereditary rulership by the elders of Chieftainess Ygraine’s clan, Arthur has followed Uther’s path to become Dux Britanniarum, the Pendragon: supreme commander of the northern Brytoni army. The Caledonians, Scots, Saxons, and Angles keep him too busy to dwell upon his loneliness...most of the time.

I have always been a fan of Arthurian tales, loving the rich mythology of the time.  Dawnflight, first in a continuing epic series, brings together Gyan and Arthur.  All of the legendary characters are present in this novel, but they were “created” in a whole different way.  Headlee’s retelling speaks of possible reality, rather than the fairy tale versions we all know.  It is, at its heart, still a love story, but told in an entirely new, and sometimes gritty, way.

I think that this is a book that may not necessarily appeal to all readers, but most definitely to those who love this era, this mythology, and sweeping epic tales.  It is well-written and full of mystery and intrigue and a unique retelling of the story. I was left hovering between 3.5 and 4 mugs with this, but I truly think it is more a matter of personal taste rather than anything else.  I do think that this is a great read for those into Arthurian mythology! 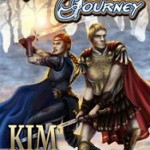