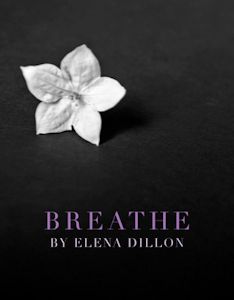 Jasmine's life wasn't normal for a 16 year old girl. It hadn't been normal since the murder of her older sister, Daisy, two years ago. Her life had been changed forever. The monster that murdered Daisy was never caught. That was the reason her family decided to move away from their hometown in Southern California, to start over. Hopefully in a place where the last name Rourke wouldn't bring on staring or judgment or morbid curiosity.

In Lafayette, Louisiana things are quite a bit different but in a good way. Good manners, Cajun accents and a whole lot of Southern Hospitality all make her think things are going in the right direction. On top of that the most gorgeous boy she has ever met is interested in her. Her new friends are better than she could have hoped for even if she is worried about what they might think when they find out who she is. Life would be perfect if odd things didn't keep happening. Creepy phone calls, texts, and flowers in her locker start adding up quickly to something terrifying. Could the Monster have followed them to Lafayette? Was he coming after her this time? Maybe she was just worrying unnecessarily...or not.

Breathe is the newly released novel by Elena Dillon and one that I truly loved.  “Most days I can almost forget someone murdered my sister.”  From that first line, I was hooked.  I just could not put the book down.  I loved everything about this book, especially that it made me feel so deeply for the characters.  I laughed with Jasmine, I cried with her.  I felt her fear and her frustration.  I felt her happiness.  I absolutely love suspense novels and had not read a young adult version that wasn’t paranormal so that was a nice change.  I was kept on the edge of my seat for the whole book, lots of unexpected twists that kept me from figuring it out.

Suspense was the name of the game for this book, but there was also plenty of room for other parts of Jasmine’s life.  There was all the boy-girl romance you could want, the pre-requisite girl time, and all the angst of being a teenage girl.  I particularly loved the scenes between Jasmine and her little brother and their pranking.

A fantastic read that I absolutely recommend!

A self-proclaimed nerd, she has been writing since she was a child. She has only recently, however, come out of the closet about this to her family and friends. They now understand better, but not completely, why she talks about characters in stories as if they are real people.