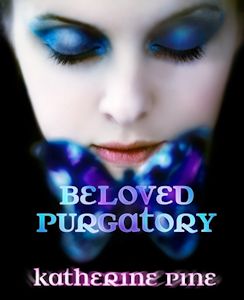 Sometimes God has a good reason for breaking your heart.

Devi always feared God took her brother because there was something horrible about her. She’s about to find out she was right.

Beloved Purgatory is the second book in the Fallen Angels series, following After Eden.  Much like the first book, I was completely drawn into the story from the moment it began.  The use of angels and demons and devils is unique, not following all of the stereotypes associated with those beings.  There is an interesting underlying theme of morality and the ambiguity of “good” vs.”evil”, and all the gray areas in between.  I liked that lack of delineation because it added layers to the plot.

I love Devi as a the heroine of the story.  She has had a life of misery and has never really known what it is like to be truly happy.  There is a sense of optimistic hopelessness about her character, an oxymoron, I know.  It is as if, no matter the constant sense of sadness, she has hope that someday, around some corner, happiness exists.  Oz, her boyfriend (and a demon) doesn’t fit any of the stereotypes that pop culture holds about demons.  He is funny, sexy, caring, and more than a little wacky and can’t help but love him.  But he also is dark and mysterious, with secrets and sadness of his own.  All of the characters are perfectly created and truly make the story.

Like the first book, I couldn’t put the book down once I started.  There was less romance in this book between Oz and Devi, but much more suspense and action.  Many of the blanks about Devi were filled in over the course of the book, telling much more of her story.  One of my favorite subplots was the interplay between Devi and her mom, bringing a little of the mundane emotional drama in alongside the paranormal.

This is a fantastic series!  I can’t wait for the next!