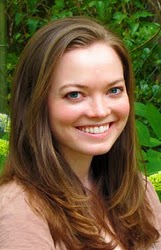 Today I am thrilled to share an excerpt of the new young adult fantasy novel Frost by Kate Avery Ellison!  Kate is the author of both The Curse Girl and an anthology of short stories, Once Upon A Beanstalk.  Frost is the first in a new series, The Frost Chronicles, just released on April 3rd!  I just finished and I loved every moment of it and can’t wait for the next installment!

You can find my review of this amazing book here.  Learn more about Kate and her books at her site here and you can follow her on Twitter here.

The book is available in both ebook and paperback at the links below!

In the icy, monster-plagued world of the Frost, one wrong move and a person could end up dead—and Lia Weaver knows this better than anyone. After monsters kill her parents, she must keep the family farm running despite the freezing cold and threat of monster attacks or risk losing her siblings to reassignment by the village Elders. With dangers on all sides and failure just one wrong step away, she can’t afford to let her emotions lead her astray. So when her sister finds a fugitive bleeding to death in the forest—a young stranger named Gabe—Lia surprises herself and does the unthinkable.

She saves his life.

Giving shelter to the fugitive could get her in trouble. The Elders have always described the advanced society of people beyond the Frost, the “Farthers,” as ruthless and cruel. But Lia is startled to find that Gabe is empathetic and intelligent…and handsome. She might even be falling in love with him.

But time is running out. The monsters from the forest circle the farm at night. The village leader is starting to ask questions. Farther soldiers are searching for Gabe. Lia must locate a secret organization called the Thorns to help Gabe escape to safety, but every move she makes puts her in more danger. 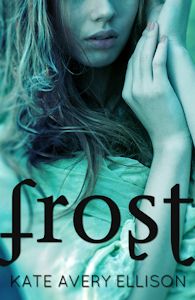 A branch snapped in the woods to my left. I flinched, turning my head in an effort to locate the source of the sound.

But silence wrapped the world once more. The shadows lay still and gray across the snow. Empty.

“It’s still light,” I whispered aloud, trying to reassure myself. In the light, I was safe. Even the smallest child knew that much.

The monsters didn’t come out until after dark.

I moved faster anyway, spooked by that branch snap even though the blue-gray gloom still illuminated the path. A shiver ran down my spine. Despite our often-repeated mantras about the safety of the light, nothing was certain in the Frost. My parents had always been careful. They had always been prepared. And yet, two months ago they went out into the Frost in the daylight and never returned.

They’d been killed by the monsters that lurked deep in the Frost, monsters that barely anyone ever saw except for tracks in the snow, or the glow of their red eyes in the darkness.

My people called them Watchers.

Color danced at the edges of my vision as I passed the winter-defying snow blossoms, their long sky-blue petals drooping with ice as they dangled from the bushes that lined the path. They were everywhere here, spilling across the snow, drawing a line of demarcation between me and the woods. Every winter, the snows came and the cold killed everything, but these flowers lived. We planted them everywhere—on the paths and around our houses—because the Watchers rarely crossed a fallen snow blossom. For some reason, the flowers turned them away.

I touched the bunch that dangled from my throat with one finger. My parents’ snow blossom necklaces had been missing from their bodies when they were found. Had the monsters torn the flowers off before killing them, or had they even been wearing them at all?

Another branch snapped behind me, the crack loud as a shout in the stillness.

One response to “Book Excerpt from Frost by Kate Avery Ellison”